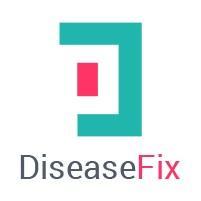 Is Summer a Kidney Stone Season?

Kidney stones are considered as one of the most painful medical conditions.  They have many causes to form but mostly they are formed when the urine becomes concentrated, allowing minerals to crystallize and stick together.

What are kidney stones made of?
Kidney stones or renal calculi have many different types and colors. They have many causes to form and can affect any part of the urinary tract from kidneys to bladder. Ideally the kidney stones formed cause no permanent damage if they are recognized at a proper time. Kidney stones can be removed from body by drinking plenty of fluids so that the stones will pass through the urine. Passing kidney stones can be very painful. However if the stones become stuck in the urinary tract, are associated with a urinary infection or cause complications then a surgery may be required. There are different surgical treatments for removing the kidney stones like Shock Wave Lithotripsy, Ureteroscopy (URS), and Percutaneous Nephrolithotomy (PCNL).

Kidney stones can be formed from the deposits of calcium, uric acid, and cystine or there can be some stones formed due to infections. There are different types of kiudney stones, some are mentioned below:

Struvite/infection stones
10 percent of kidney stones belong to this type. These stones are formed due to chronic urinary tract infections (UTIs). There are some bacteria which make the urine more alkaline and less acidic as a result magnesium ammonium phosphate (struvite) stones form in alkaline urine. These stones frow very rapidly and are very large in size.

Cystine stones
Almost less than 1 percent of kidney stones are cystine stones. These stones are formed when there is excess cystine in the urine (cystinuria) and the kidneys are unable to reabsorb cystine from the urine. Cystine stones often start to form in childhood.

Doctors say summer is kidney stone season. Here’s why.
According to some urologists, wiith the increase in temperatures during summers the risk for kidney stones also increase.  It is s true that kidney stones have been associated with warmer weather in the United States and worldwide. And kidney stone season may be getting even longer with the effects of climate change and global warming especially in already warm climates. This is caused, at least in part, from dehydration due to increased temperatures, and is even more true during summer months.

Although an association exists between higher temperatures and kidney stone risk, not all of the reasons are clear. But researchers predict that rising temperatures will mean higher numbers of kidney stone patients.

In the United States, a half-million patients seek treatment for kidney stones in emergency rooms every year. Those numbers have been increasing in the past three decades. The same is true in Europe. The number of children with the condition has also increased.

•  Increase urine volume by drinking plenty of fluids especially in summers.
•  Drinking lemon or lime water as it is a great source of citric acid which helps in preventing formation of some kidney stones.
•  Avoid foods like nuts, beets, tea and chocolates as they are rich in oxalates and therefore promote stone formation.
•  Reduce salt intake and avoid soft drinks as they are rich in phosphates which create stones.