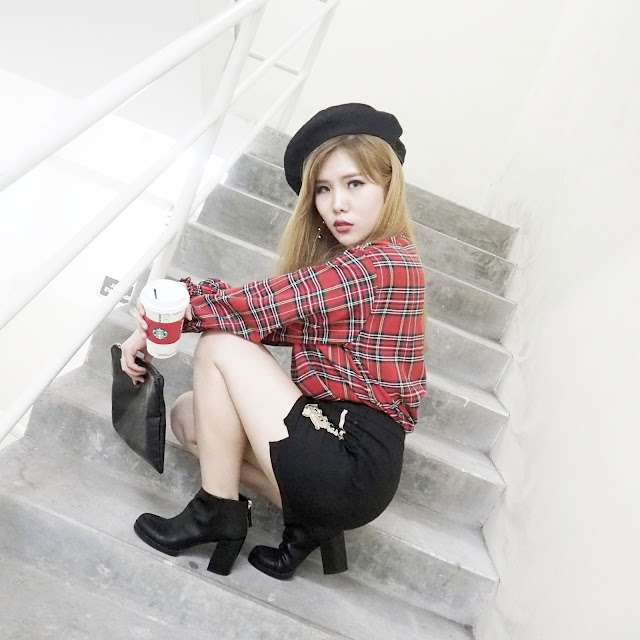 Recently I put so much appreciation for musical movie titled "The Greatest Showman" after watching it last week. Not just because of the good story about P.T Barnum, the well-known American showman whose role played by Hugh Jackman - but also the wonderful songs which have unforgettable messages. I have to say that I am so fused into the movie until I decided to wear this outfit which has the 'show' vibe. Actually, this tartan blouse which I got from ZAFUL reminds me of Christmas and Scottish's traditional outfit - so to avoid those kind of feeling, I paired it up with statement shorts from ESYE and finished with black ankle boots from PULL & BEAR, beret hat, and basic clutch. I really like simple details on the blouse that really makes a statement. The elastic on the hem makes a beautiful puff sleeve and the drop shoulder form is perfect for people who wants to cover arms more. As whole look, I like how the combination of tartan blouse and shorts make this look becomes much more festive because of the combination of red, black, and gold. 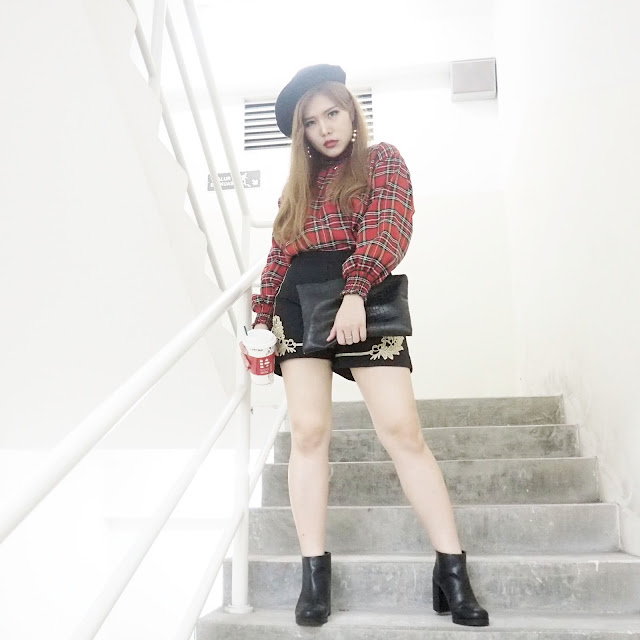 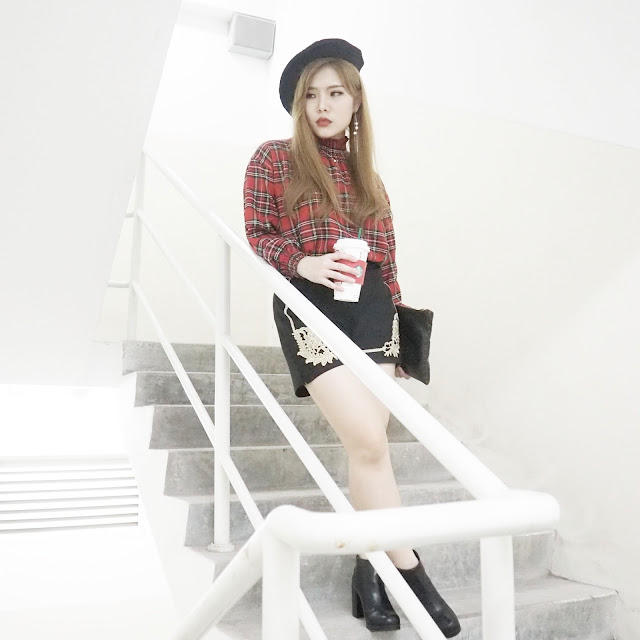 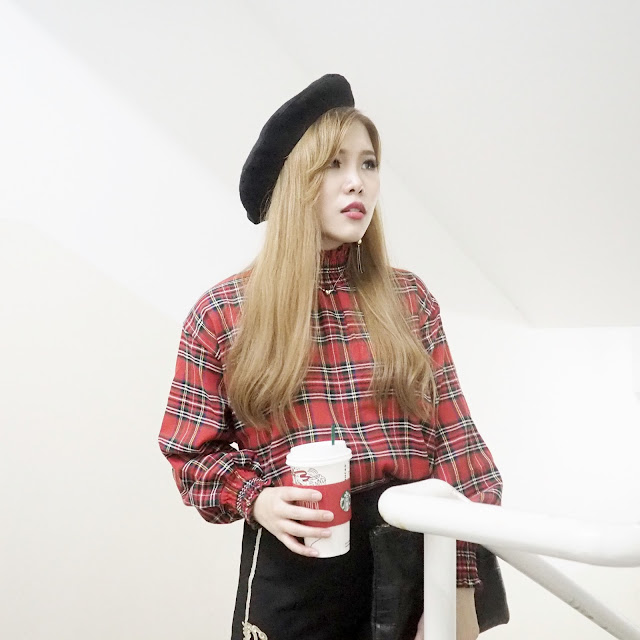 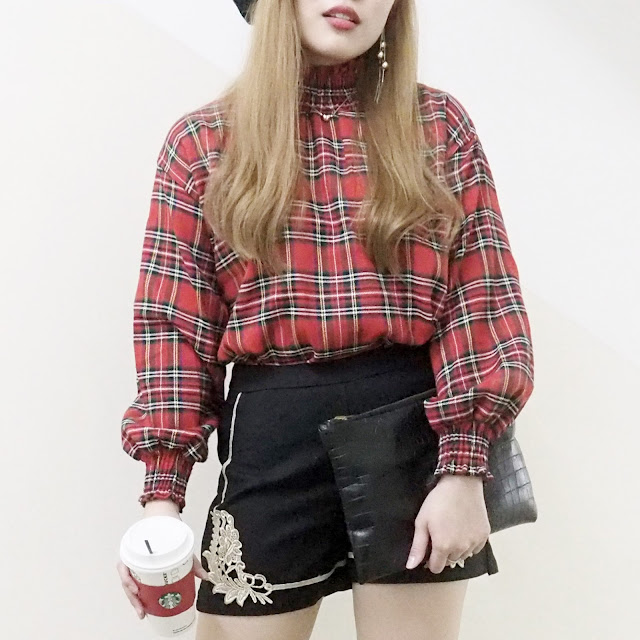 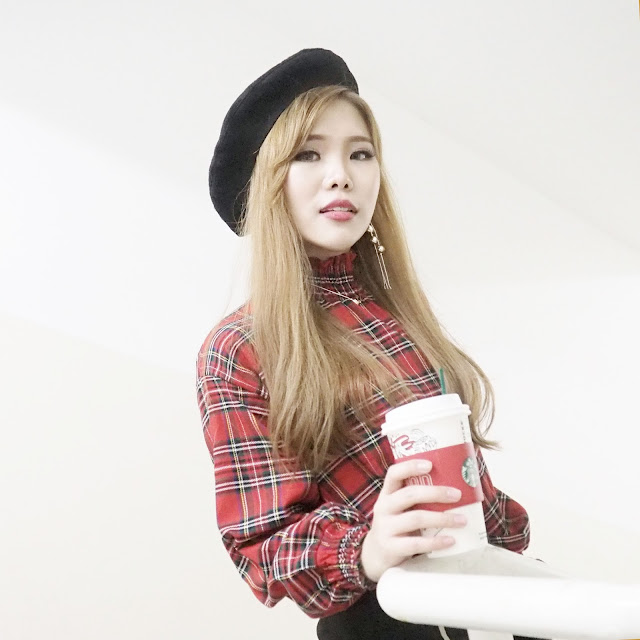 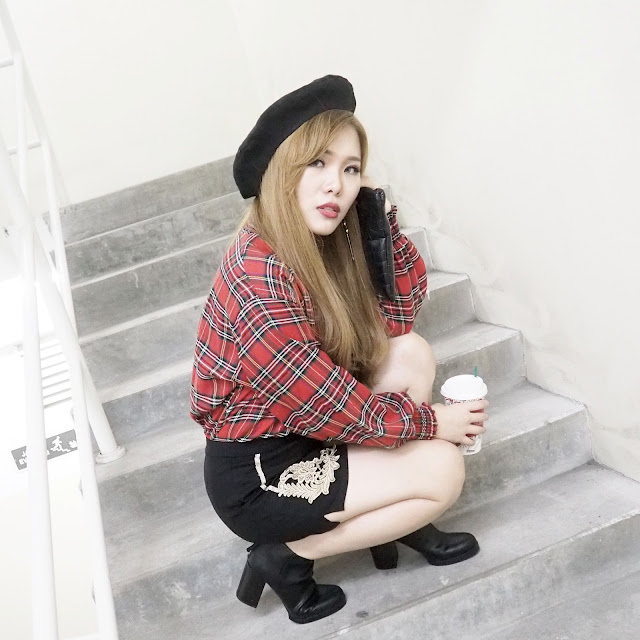 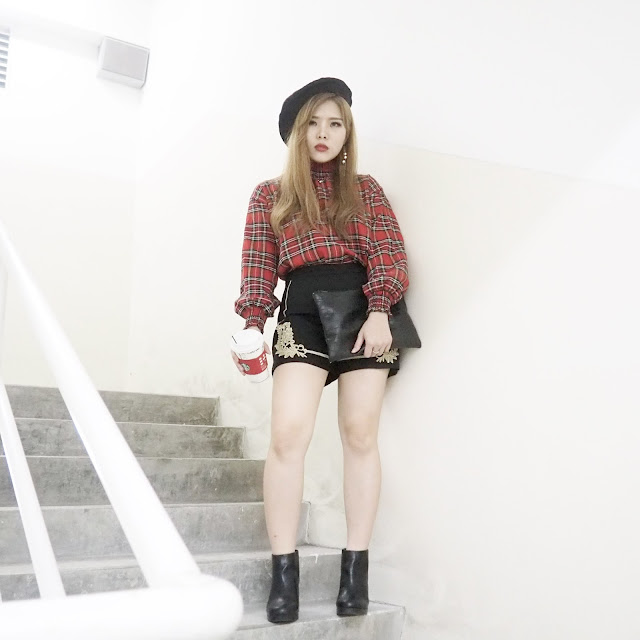 So, have you watched "The Greatest Showman" yet? What's your favorite song? Mine is "This is Me" because it really brings the fire on me and encourage me to appreciate myself more. Fyi, this song received Golden Globe Award 2018 as Best Original Song. Salute !
artikel asli:http://www.chelsheaflo.com/2018/01/show-vibe.html
Komentar Artikel Ini
{{comment_count||0}}
Sort by{{sorted_by}}
Like!
Newest
Reply
more comments
Loading...