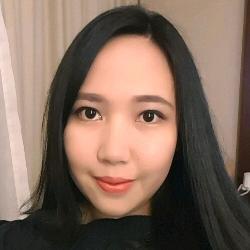 There are few cities besides Seoul that worth to spend a 2D1N trip. One of them is the famous port city, Busan, South Korea. It is located on the far southeast from Seoul. You can take various transportation mode like airplane, express train or KTX and bus.

I prefer using KTX – it’s like a shinkansen kind of train, since i really love riding a fast train and enjoy the panoramic view throughout the route. If you want to know more about how and where to buy the KTX tickets, you can see my post here.

I went to busan on January 2nd – 3rd 2018 alone! yup, that was my first ever solo trip in Korea. It turned out that i was quite enjoyed being a solo traveler. You can plan anything where you want to go, it’s like you find your own sanctuary and know yourself more. That’s why i called it A Healing Trip to Busan.

After 3 hours ride, I arrived at Busan Station at 1 PM and felt a lil bit hungry. I heard there is a famous Omuk store in this station. Omuk is a fish cake, and a famous snack for koreans. I saw a long line in front of the store after got down from the escalator and it must be that famous Omuk. There are many kinds of fishcakes that you could choose, from a simple skewer fishcake to the fried one with batter like a croquet. I liked it so much, the taste is quite the same with our traditional food, Pempek but Omuk is less fishy and less greasy. Nice!

It’s quite confusing to find the exit and the subway station because Busan Station is currently under big renovation. After some time, i found the way to the metro line, it’s also near the bus terminal where you can find many citytour buses with various routes. I skipped that and went rush to go to Nampo Station for early checked-in at Sky Island Guesthouse.

I suggest you to download this subway app, METROID HD, but i think it’s only available for Android users. This app has not only the metropolitan subway maps (Seoul Subway) but also subway maps of other South Korea’s big cities like Busan, Daegu, Daejeon and Gwangju. You could just type your departure station and your destination station. Voila, this app will show you all the information that you need such as the total distance, stops, fare and waiting time. It’s hands down my fav korea subway app ever, i never got lost using this app.

Nampo station is one of the biggest station in Busan and it’s also connected to the Lotte Department Store. I choose Nampo-dong area because it is the shopping district and near to most of the attractions places in Busan. You also can use your T-money cards that you bought in Seoul for any kinds of transportation here.

I stayed at Sky Island Guesthouse, it’s pretty recommended by other travelers. It’s located near exit 7 of Nampo station, just go straight and you will find the six story building with blue and white cloud signage on your right side. This guesthouse takes up the fourth, fifth, and sixth floor, no worries they have an elevator.

My plan for the first day were visit Haeundae Beach, Gwangalli Beach and Jagalchi Seafood Market. From Nampo to Haeundae takes about 50 mins almost an hour away by metro. Find the exit going to Haeundae Beach or simply just follow the crowds since they were also going to the same direction. Heading to the beach, you will pass through a big boulevard with lots of restaurants both on your sides and in the middle there were many pretty lights installation with christmas and new years themed.

It’s winter season so not many people visit the beach, i just sat down on the sand and watching the sunset with lots of seagulls flying above me. It’s quite scary tbh cause they were HUGE and flying really low whenever people fed them.

It’s dinner time so i bought korean fried chicken from Mom’s Touch to go and right away went to Gwangalli Beach to see the famous Gwangandaegyo bridge and Busan nightlights. It’s only 12 minutes away by metro, find exit 3, make a u-turn and walk straight until you see the bridge sparkling at night. I thought that i’ll eat my dinner here and just chilling around on the beach but boyyy i forgot that winter in Korea is extreme. There are no people at the beach at all maybe because it’s freezing out here. So i decided that i’ll go back and eat my dinner at the guest house.

After a full belly, let’s getting around the Nampo area and go to the Jagalchi Market. You can just walk maybe around 10 minutes to the market. The night scene here reminds me a lot of Myeongdong with many street food stalls and stores.

Seafood is a must when you visit Busan, and people recommend going to Jagalchi Market. It’s in a big building not like a Norangjin Market in Seoul. Actually there is a really great spot to eat seafood on the rooftop with sunset and ocean view but because it’s winter better to eat inside, right?

It’s quite hard to choose the menu because the food in korean restaurants mostly meant to be shared at least for 2 persons. There is a nice ahjumma that gives me a special price about 15,000 KRW because i’m eating alone, i dunno if it’s because she pitied me but hey YES for cheap seafood.

I ate fish and scallops all sashimi style with veggies on the sides, it taste sweet with the light sesame seasoning, shows that all the seafood here is fresh. They also gave you doenjang jiggae and kimchi fried rice. It was very delicious to the point that i forgot to take the picture, it’s not a fancy plating anyway LOL.

So that was all my trip for the first day in Busan, make sure that you prepared with all the directions and information needed. Because not many people here speaks english unlike Seoul. My first impression of Busan is the city that still had the traditional image of South Korea, there is an old vibes and not as trendy and modern like Seoul. People are quite chill not so rushed besides, their satoori accent is really cute as i’ve heard only in k-drama and now hearing it live in Busan it’s quite fascinating.

Images all taken by me using Samsung S7